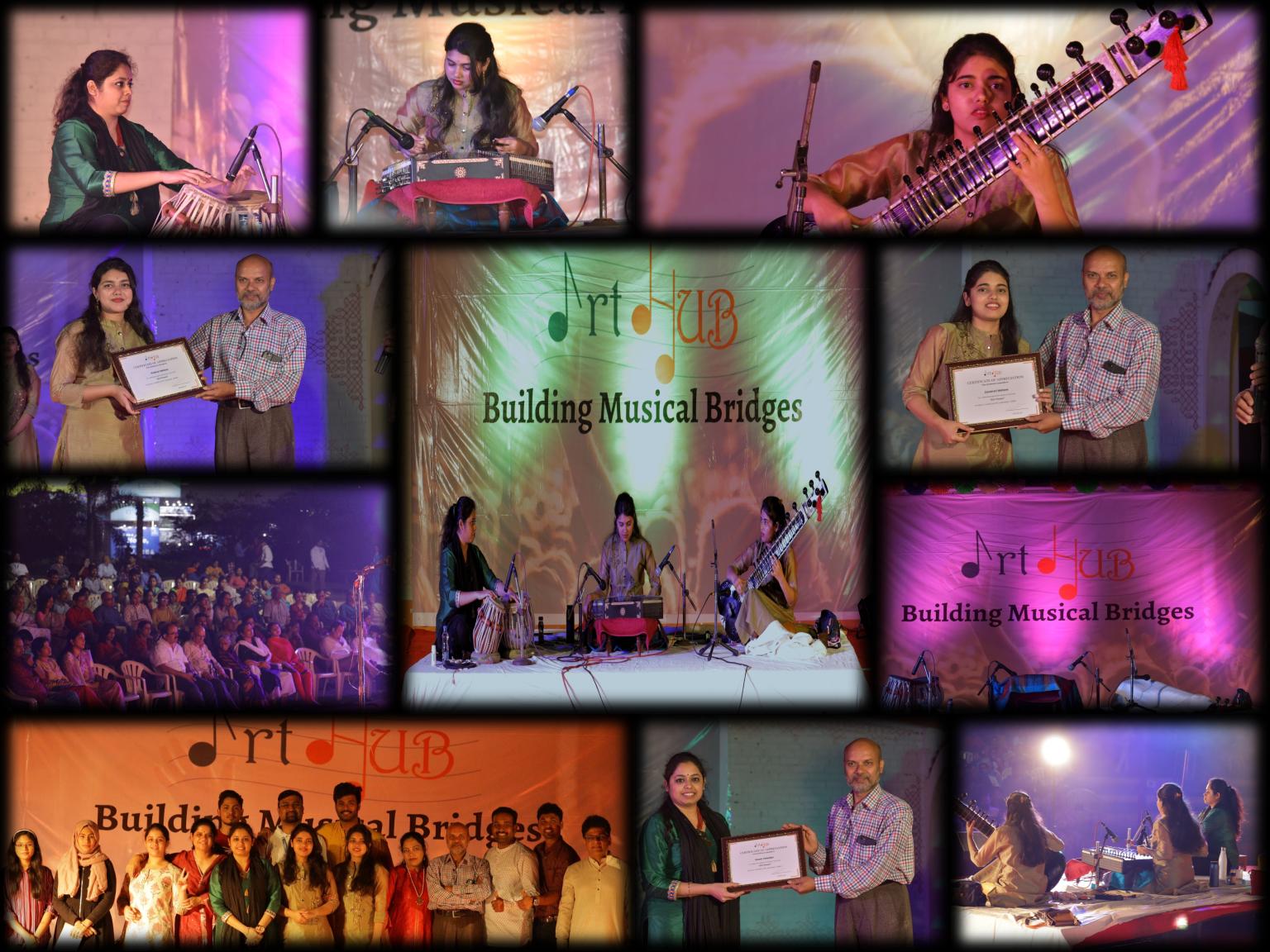 Music tradition is in the veins of wahane family. Sanskrati and Prakrati are treading the same path paved by their father, Shri Lokesh Wahane (Sitar Wadak). Sanskrati born on 25th Jan, 1998 in Sikandra – Waraseoni (M.P.) made her first debut at the age of eight. She received her initial education in the field of music from her father Shri Lokesh Wahane, Gandabandh disciple of world famous Sitar Maestro Ustad Shahid Pravezji (Etawa Gharana) Sanskratis tradition and style of playing is unmatched. It is characterized by a rare phenomena of purity of Raga, Gayaki and Tantrakari Ang. Presently she is pursuing the training of traditional music under the worthy guidance of Ustad Shahid Parvezji and world famous Tabla Maestro (Talyogi) Pt. Suresh Talvalkar ji.

Prakrati wahane has got God’s gift in the from of music. Born on 9th June 1999 in Sikandra-Waraseoni (M.P.). She started taking training of music from her father. Shri Lokesh Wahane. She made her debut at an early age of eight and since then is pursuing the traditional music training as a devoted artist. She is whole heartedly devoted to santoor and presently under the guidance of her father Shri Lokesh Wahane who is also a Master of Santoor & Ustad Shahid Pravezji and Tabla Maestro (Talyogi) Pt. Suresh Talvarkarji (Pune). Prakratis tradition and style of playing is unmatched. It is characterized by a rare phenomena of purity of Raga. Gayaki and Tantrakari Ang.

Shrimati Savani Talwalkar was born on 29 July 1987 in Mumbai, Maharashtra. She inherited the art of tabla playing as a family tradition and was initiated into the art by her father Shri Suresh Talwalkar.
Shrimati Savani Talwalkar made a mark as a young talent early in life and performed widely in the prestigious music festivals organized by various organizations in India and abroad. She has distinguished herself as a soloist and has also accompanied veterans of Hindustani music. She has attended many seminars and workshops on tabla. She has many recordings to her credit.

Shrimati Savani Talwalkar is awarded the Ustad Bismillah Khan Yuva Puraskar of Sangeet Natak Akademi for the year 2012 for her notable talent in the field of Hindustani instrumental music.

First round was a video round where, 3-5 people form a group and share their music or dance video(Fusion = Mixed Genres). We received a lot of videos and we have selected the best five teams to perform live in the event. So, in total there were 5 teams who came from different parts of India like (Mumbai, Bangalore, Hyderabad and Pune), to compete live in the NTR Auditorium, Hyderabad India.